– Great Fun for the Family! Top 20 ranks for over 20 countries in the Family Category!
– was featured in “New and Noteworthy” Section of the Game Category in Appstore on August 21, 2010.

With all the suggestions and feedback from our earlier game, Flying Pig Game Studio is happy to release Crazy Farm 2 for the iPad which is bigger, better, and more challenging! With New Game Modes, Multiplayer support, Multiplayer Game Modes, Facebook connectivity, Trophy Mode, Optimized for the iPad, and other great goodies, Crazy Farm 2 promises to deliver hours of fun filled craziness to you and your friends!
Young McDonald needs your help to keep his animals happy at his Pop’s farm. Now there are many game modes!
3 Modes to play in the Single Player Mode
– In the Classic mode, you have to drag your animals to the right pen before the time limit expires! It isn’t easy as there are obstacles that can kill your animals such as Fire, Dynamite, and Banana Peels which will only make your job harder! Use your finger or fingers to quickly organize your farm in increasing levels of difficulty as more and more animals are in your farm!
– In the Train mode, you have to put the correct animal in the designated trams as they speed off. You have to make sure you deliver the animals in time, which only makes your job more challenging! Failure to deliver the animals to the train means you would lose your life, and maybe the farm!
– In the Collect mode, you have a list of animals that you have to deliver. Put them in the Pen before the time expires!
3 New Multiplayer modes are now available!
– In the VS mode you have to challenge a friend to a head to head game to see who can survive the longest! Use every trick in the book to beat your friend and earn the bragging rights until the next game!
– In the Coop mode, both players play different roles. One of the player has to load animals into the tram that speeds off at different time intervals. The other player will receive the animals from the tram and then sort the animals into the correct pen. You will need to coordinate your efforts with your friend!
– In the Collect mode, both players have to collect animals based on the order of each side. As players have the same pool of animals, question is how nice can you be with your friend when the animals run out? Time to find out in the collect mode!

Features:
– Graphic Designed especially for the iPad!
– Easy and Fun to pick up and Play!
– Now contains more Cute and Irresible Animals!
– Contains all classic modes from Crazy Farm with New, Exciting, and Challenging Play Modes!
– Enjoy 3 Single Player Modes!
— Classic Mode which you have to Stack Animals in the Correct Pen!
— Rail Mode which you have to test your wits by stacking the correct animals in the moving Trains!
— Collect Mode in which you are asked to Collect a Set Amount of Animals in the Limited Time!
– Enjoy 3 New Multiplayer Modes!
— VS Mode – Out survive your opponent in this continuous mayhem of animal as in the classic mode!
— Coop Mode – One player will load animals to the tram while the other sort the animals to their correct pen!
— Collect Mode – Out survive your opponent with this variant of the collect mode.
– Trophy Mode – Collect all of the 30 challenges to complete the Trophy Mode!
– Contains Facebook Connectivity so that you can brag your achievements to your Friends and the World!
– Challenge your friends in Facebook by competing for the highest scores in your community! 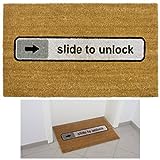 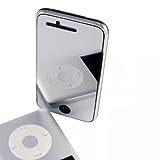 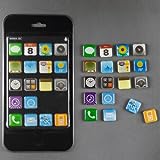